Yesterday Victoria Beckham appeared at the International Herald Tribune fashion conference in London alongside other respected designers such as Karl Lagerfeld, Paul Smith and Tommy Hilfiger. She and Karl posed together, and after some serious photos he made her laugh. Victoria spoke about the growth of her self-titled brand and how the international nature of it means she's "always on Skype with my design team while wearing a dressing gown". When asked about David's role at the brand she said "He looks good. I'm the funny one," before joking "Looks fade..." Victoria attended the event after some time at Claridges to present a preview of her Spring/Summer 2011 collection in her tangerine dress — FabUK wants to know if you love or hate her look! 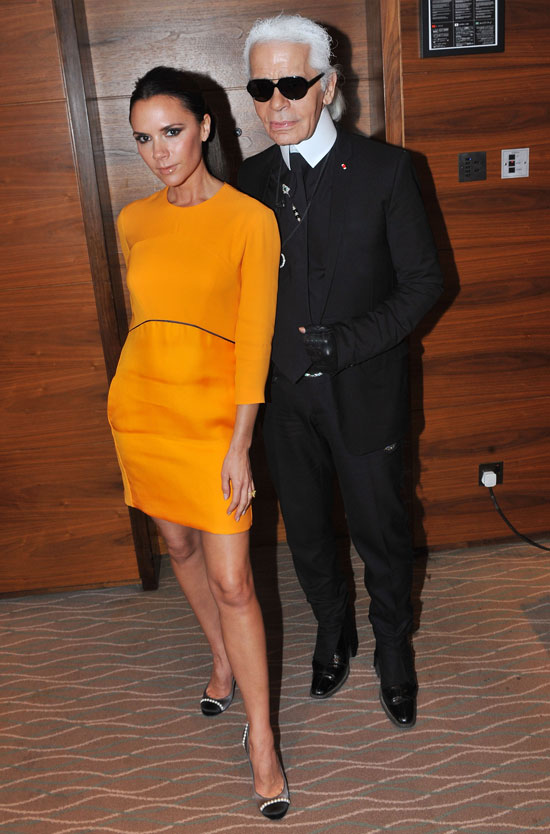