Diane von Furstenberg was surrounded by famous faces at her launch party at Claridge's last night. Victoria Beckham wore thigh-high boots as she continued her Summer in London. She'll have to wait a bit longer for David to join her, following England's win in South Africa yesterday. Gwyneth Paltrow and Madonna stayed close, giving further proof they're still friends. The fashionable crowd might have toasted to Gwyneth's good news, as she's landed a role opposite Bradley Cooper and Bruce Willis in M. Night Shyamalan's new project. 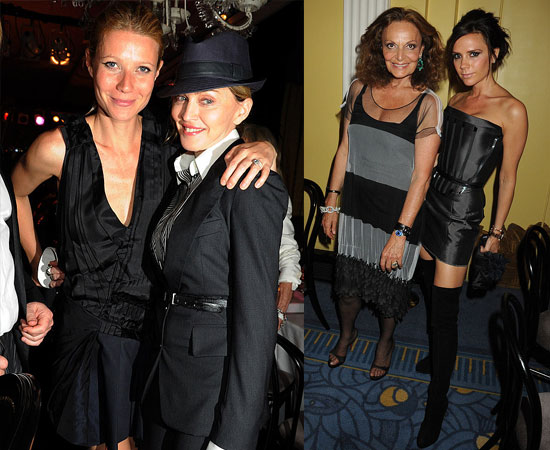