Victoria Beckham touched down in NYC on Tuesday, and yesterday she was out and about to run errands in Brian Atwood heels and a bright green dress. FabUK wants to know: do you prefer this dress or Posh's vintage Courreges? She returned to the States after spending a weekend in London, where she celebrated her recent British Fashion Award nomination. Posh had time for both work and play during the brief trip, shooting a look book for her new handbag line and catching up with Eva Longoria and Gordon and Tana Ramsay. Posh is now fully focused on New York Fashion Week, during which she'll make an appearance at Fashion's Night Out and present her own designs in an intimate show on Sunday. 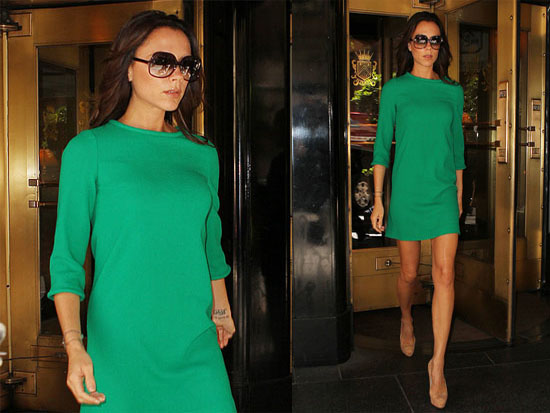