Victoria Beckham is the new creative design executive for Range Rover and attended their 40th anniversary bash in London last night. She'll be in charge of the interior of the upcoming greener car, the Evoque. She celebrated her role in a nude dress from her own collection with high Brian Atwood heels. She now has long hair after having extensions put in, but they were hidden in her chic updo! She traveled back to St. Tropez straight after the party, where she and David look set to celebrate their 12th wedding anniversary on Sunday. 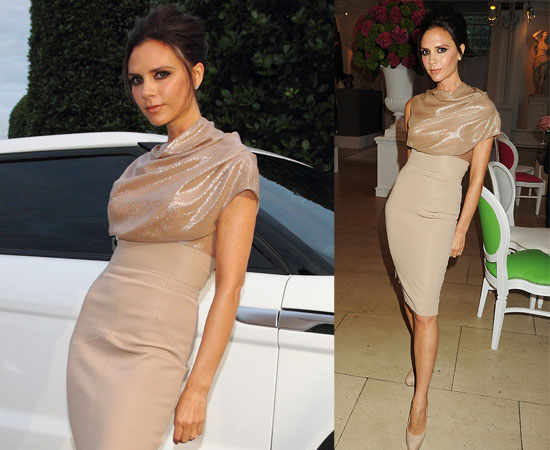