Katy Perry wore a variety of different oufits and Rosie Huntington-Whiteley strutted her stuff on the catwalk in pale blue checked underwear at the Victoria's Secret Fashion Show in NYC yesterday. Rosie and her fellow Angels Alessandra Ambrosio, Karolina Kurkova, and Izabel Goulart had a different look to their locks, and BellaUK wants to know which hair colour do you prefer on the models? Rosie missed the photocall the day before as she was filming Transformers 3, but she made the trip from California in time for the show. She was joined by fellow Brits Gerard Butler and Natasha Bedingfield. Akon also performed, and other front row guests included Adrien Grenier, Vin Diesel, and Nicky and Paris Hilton. 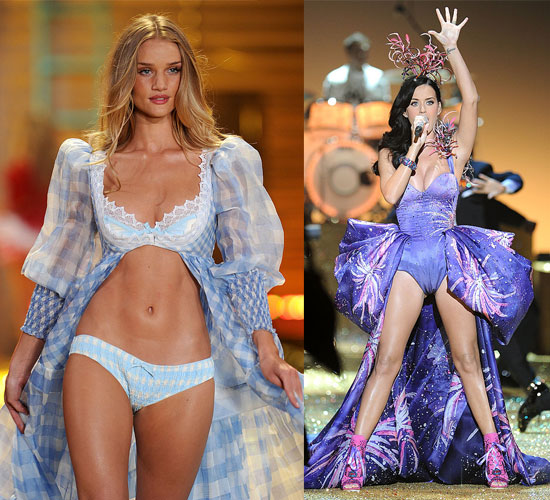 To see more from the show, read more.