Ashley Greene chatted with fans as she walked through the backlot of Jimmy Kimmel's show in Hollywood yesterday. The whole Eclipse gang filmed their appearance on the show last week, but this time Ashley went solo: watch her interview after the jump! The Twilight star spent the weekend in Toronto at the MuchMusic Awards with Kellan Lutz and Xavier Samuel, and she'll be back with all the cast this evening for their LA premiere. Ashley will be coming to London for the UK premiere next week, and you can be there too if you enter our giveaway! 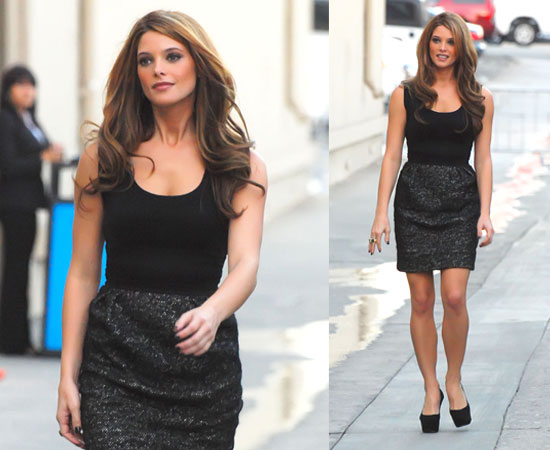