Drew Barrymore appeared on David Letterman's show last night alongside fellow guest Katy Perry. Drew was in the UK last week to promote Going the Distance, and was at the US premiere in LA on Monday night. She discussed her solo search for spirituality in India with David, you can check out the interview under the jump. She's also been sharing photos from her phone with BlackBook magazine as her on-off boyfriend Justin Long interviewed her. Drew also interviewed Justin for the mag, asking him his favourite thing to do in NYC while shooting the film. He responded: "I liked walking around the city, finding new restaurants and things to do while holding my best friend’s hand." 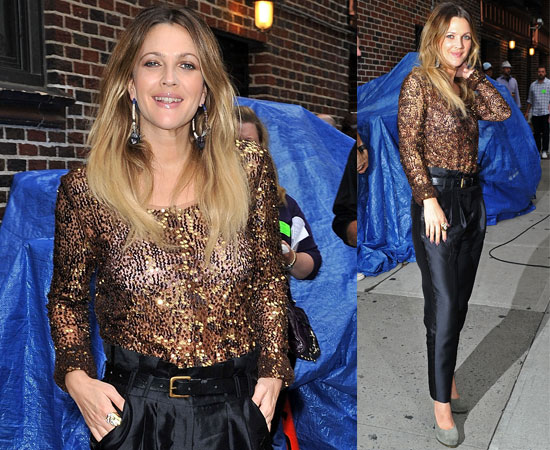