Jay-Z paid a visit to David Letterman at The Late Show studios in NYC this week. The rapper is out and about promoting his book Decode, and he chatted with David about his start in music and the first time he saw someone performing — check out an excerpt of his interview, which shows some of Jay's amazing laugh, after the jump. Jay-Z is busy chatting up his new publication, but he's recently found time to toast a just-signed artist on his label and have date nights with his high earning wife Beyonce Knowles. He also granted an interview to NPR's Fresh Air, talking to host Terry Gross about losing lyrics, growing up in the projects, and George Bush's taking offense to Kanye West's 2005 allegation that the former president didn't care about black people. Jay said: 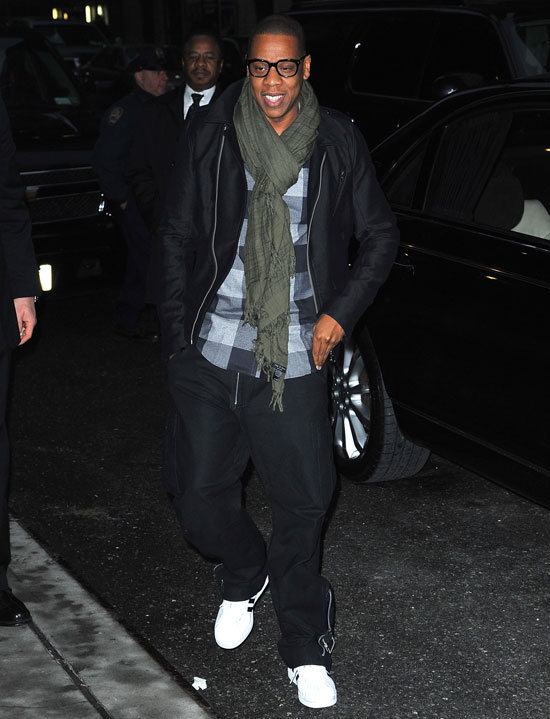 To see Jay-Z chatting about life in Brooklyn with David, just read more.