Following his PopSugar US screening of Prince of Persia last week, Jake Gyllenhaal has continued on the promo trail. He was on David Letterman's show last night and told the host about time he spent in Russia and the etiquette book he read which told him if he laughed or smiled people would think he was crazy or stupid. He then showed off some holiday snaps where he pulled moody looks during fun moments of his trip, and told David that Disney had actually bought a dagger that turned back time in order to make the movie. Check out his hilarious interview under the cut! 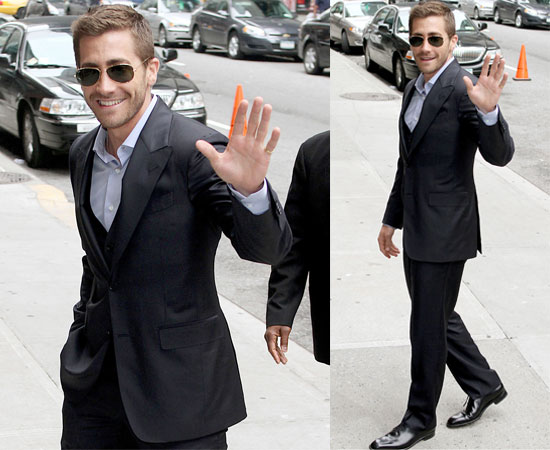