Robbie Williams was out with his wife Ayda Field at the Manchester Opera House for Panto's On Strike last night. He supported his best friend Jonathan Wilkes on the first night of the pantomime that he and Paddy McGuinness have written and star in, making a surprise appearance on stage to sing "Angels" — you can watch his moment on stage with Jonny and Paddy under the cut! Robbie's been busy promoting Progress with the rest of Take That, and it's broken records as the fastest selling UK album of the century — selling 235,000 albums on the first day. His bandmate Howard Donald hit the headlines yesterday after a super-injunction against an ex of his was lifted, but Robbie looked relaxed last night with beaming Ayda. 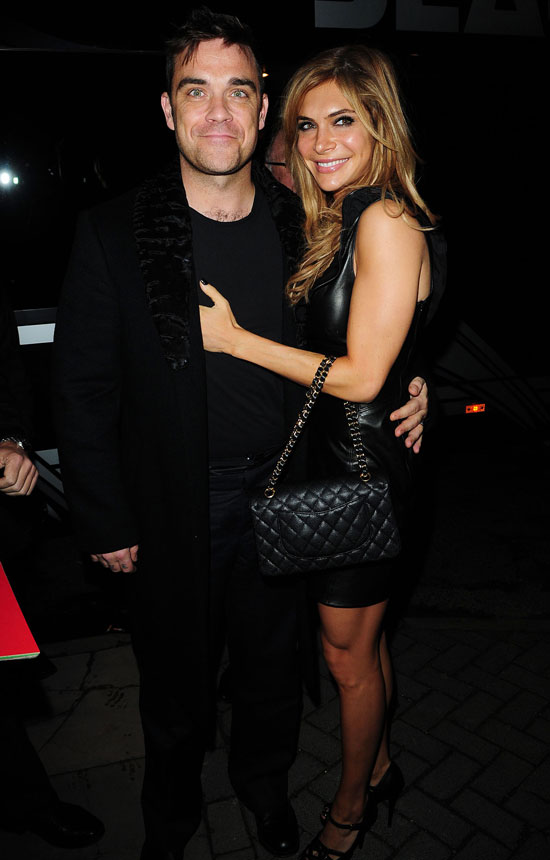 To see more photos of Robbie and Ayda, plus watch video of Robbie making a cameo appearance on stage just read more.