Sarah Jessica Parker appeared on The Late Show with David Letterman last night to promote Sex and the City 2 which premieres in London tomorrow night. She talked about her family, saying her son James Wilkie is now "just shy of eight", one of the oldest in his class and "on the diminutive side". SJP then went on to describe husband Matthew Broderick as average — although she meant in height. SJP laughed and then backtracked, ending by saying, "how am I ever going to fix this?!" FabUK has the details on where you can find the shoes she wore both last night and to the premiere afterparty on Monday. Check out the interview under the cut! 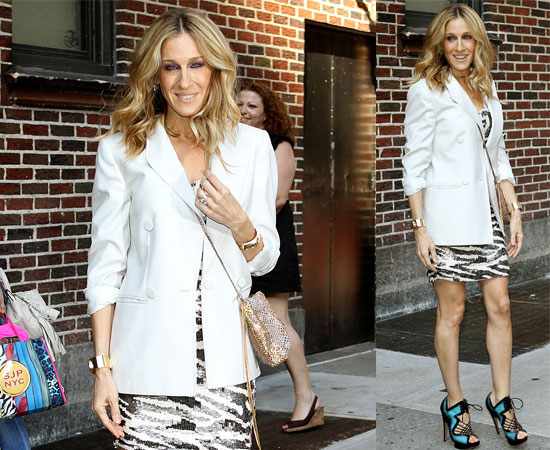 To check out her appearance of the show, just read more.