Coleen and Wayne Rooney were out in Manchester for lunch yesterday, swapping pushchair duty as each of them held baby Kai. While Coleen carried their son, Wayne pushed her Chanel bag in the buggy! Just before they left Wings restaurant the couple got a parking ticket, but their focus was on Kai as Coleen folded up the stroller and they headed home to Prestbury. Footballers and their wives have been blamed by Prestbury for their town's shops closing, as many live in the area and they don't shop in local stores. Still, Alex Ferguson has positive words for Wayne, saying he thinks it will only take him three weeks to be back on top form following his Summer holiday. 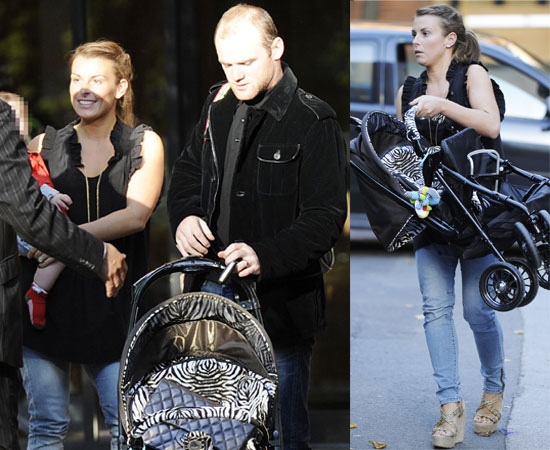