The X Factor auditions continued in Birmingham this weekend, with Natalie Imbruglia replacing Geri Halliwell as the guest judge standing in for pregnant Dannii Minogue. She wore a short summery pink dress to take her seat at the judges table alongside Cheryl Cole, Louis Walsh and Simon Cowell. Cheryl signed autographs for fans outside, wearing skinny trousers, a waistcoat and Louboutins, though as she left she was hassled by a persistent female fan. Newly engaged Xtra Factor host Konnie Huq was also on hand interviewing potential contestants in the queue as they waited for their turn in the spotlight. 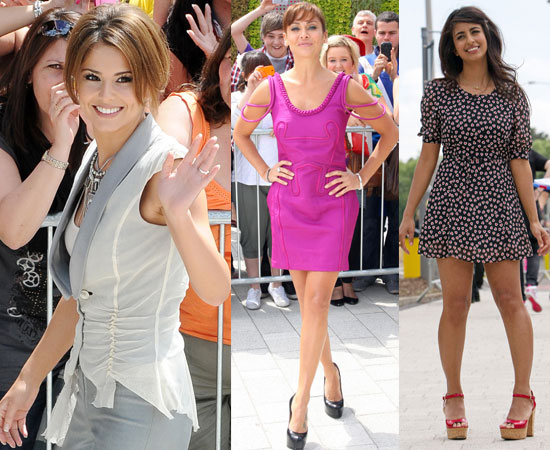 To see more photos of the gang, just read more.