After the red carpet arrivals at last night's Cosmopolitan Ultimate Women Of The Year, the stars celebrated the winners in the press room and at the party. The X Factor's Rebecca Ferguson and Cher Lloyd smiled as they cuddled up, while Paije Richardson messed about with Leigh Francis. Matt Cardle and Aiden Grimshaw hung out, but Katie Waissel was missing from the fun as she's reportedly been suffering with panic attacks, leading to speculation that she might have to leave the show. Former contestants Olly Murs, Shayne Ward and Joe McElderry were also at the bash, as was UK Music Star of the Year Alexandra Burke. Glamorous women like Kelly Brook cosied up to Dizzee Rascal, Simon Webbe and McFly. 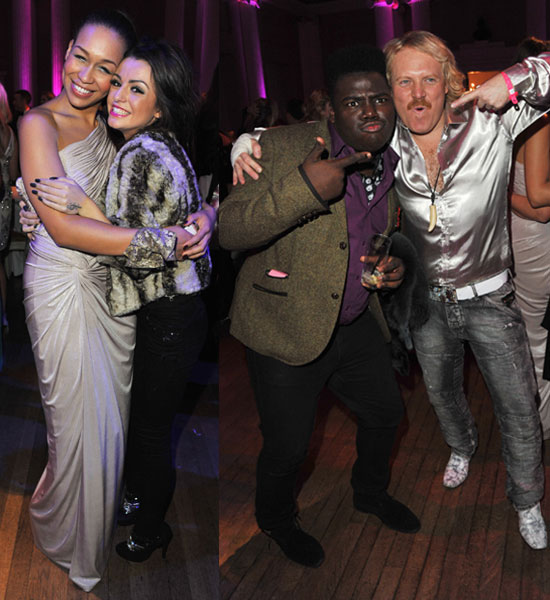