The X Factor finalists had no time to rest after the live shows at the weekend, as they were back in the studio rehearsing yesterday. Following Nicolo and FYD's exit on Sunday, the 16 acts are reduced to 14. All four wildcards survived the public vote, so it was two of the top 12 who left the competition. Contestants like Cher Lloyd and Matt Cardle were joined by last year's winner Joe McElderry, who performed on the results show and tweeted about recording a song. They were also spotted with their fellow competitors Katie, Rebecca and Treyc from Cheryl's category, Louis's overs Wagner, Storm Lee, and John, plus Aiden and Paije from Dannii's gang, and Simon's remaining groups One Direction, Belle Amie, and Diva Fever. 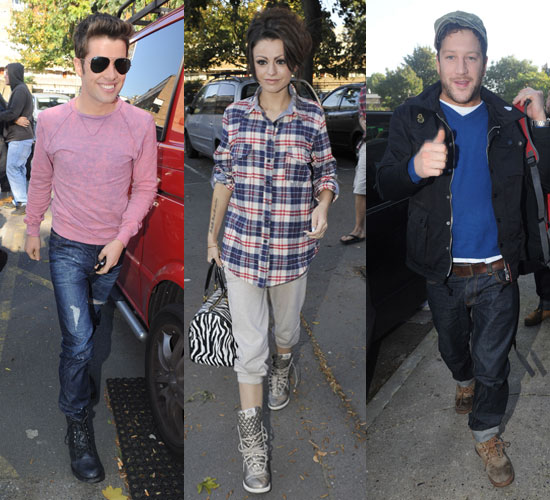 To see more pictures of the contestants, read more.