Xavier Samuel and his girlfriend Shermine Shahrivar attended a cocktail party hosted by Louis Vuitton in LA yesterday, now done with all his Eclipse promo. Xavier had a few buttons undone on his army green shirt and took off his shades to be photographed with his girl, who showed off her pins in a miniskirt. Kristen Bell was all smiles in her cute dress, while January Jones cohosted the bash in some wide-legged trousers and textured top having completele moved on from her car accident drama last month. 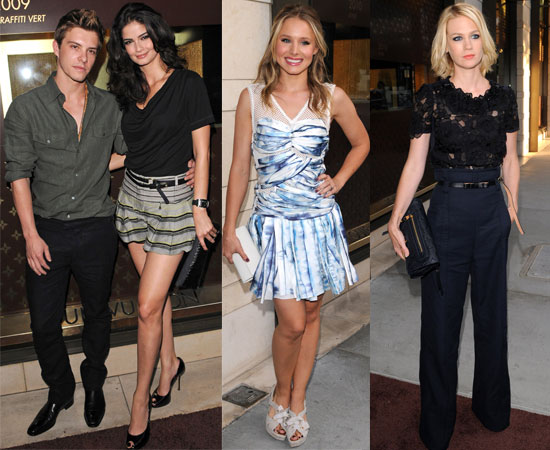