Xavier Samuel is the new chap in the Twilight saga, and he's looking sexy enough to rival his big-name costars as one of Interview magazine's hot Summer leading men in its June/July issue. The 26-year-old Australian plays newborn vampire Riley in the film and carries some of the movie's most intense scenes including the big battle with Robert Pattinson, Kristen Stewart, Taylor Lautner, and his onscreen love Bryce Dallas Howard. He sat down with Bryce for a charming and candid conversation answering her questions about fans, fame, and playing a villain in the latest installment of the saga; here's more: 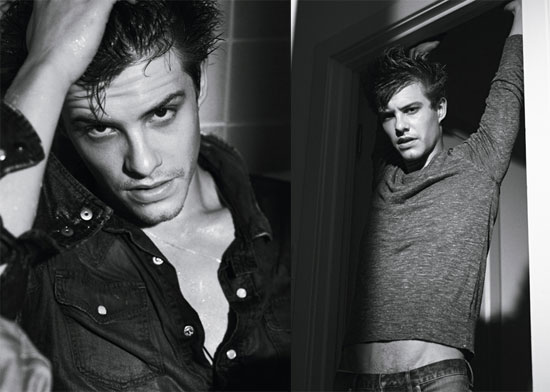 More from Xavier's interview with Bryce if you read more.

PopUS had an opportunity to chat with Xavier over the weekend, and we'll be sharing the video later this week, but for now check out what Kristen Stewart and Taylor Lautner had to say in our exclusive clips from the junket!

Xavier SamuelEclipseTwilightInterviewMagazine
Around The Web