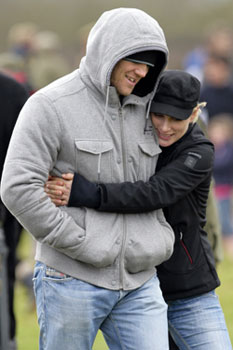 Zara Phillips will marry rugby player Mike Tindall on 30 July at Canongate Kirk on the Royal Mile in Edinburgh, Buckingham Palace has revealed. Mike has chosen fellow rugby player Iain Balshaw to be his best man, while stylish Zara is yet to announce her bridal party.

The couple announced their engagement just before Christmas, one month after Prince William and Kate Middleton held a press conference about their plans to marry. Zara and Mike cuddled close at a steeplechase horse race in Tewkesbury in January, before Zara joined Prince Harry to watch England play France at Twickenham last month.

Congrats to the happy couple!

Best of 2021
11 Post-Lockdown Wedding Trends That Are Here to Stay, According to Experts
by Brenda Della Casa 4 weeks ago