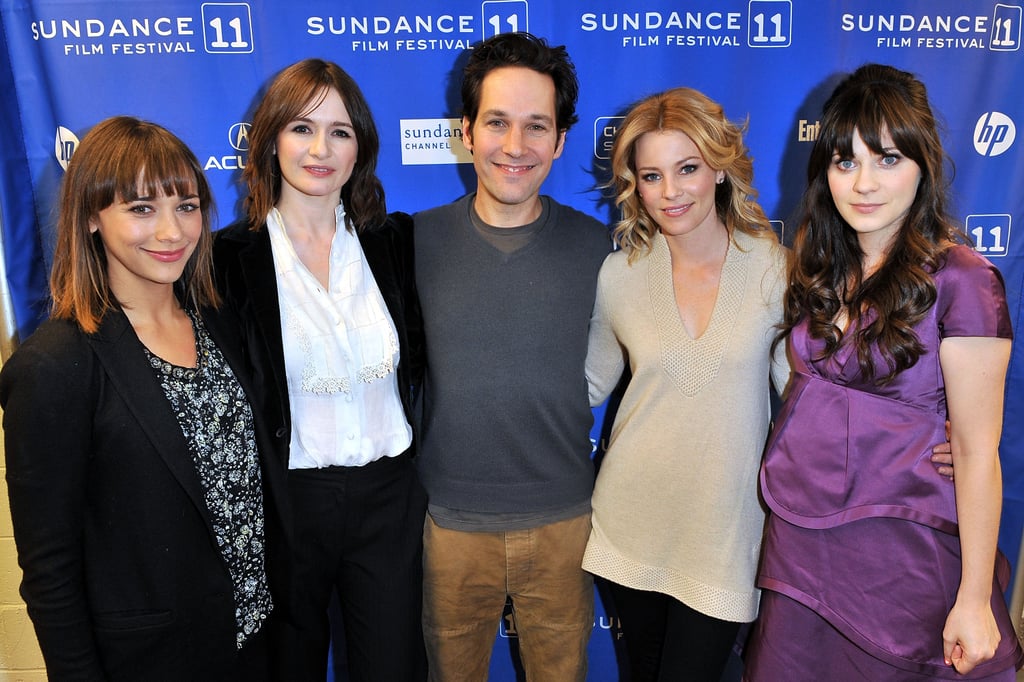 My Idiot Brother is one of the most anticipated movies at Sundance this year, and this weekend the star-studded cast stepped out for their big premiere. Paul Rudd is at the centre of this quirky comedy, which both Becky from Buzz and I thoroughly enjoyed. During a Q&A after the film, he joked about working so many times with Elizabeth Banks, who plays one of his sisters in the project. She stayed warm in a chic Burberry coat while Zooey Deschanel dared to wear a little Marc Jacobs dress and H&M heels despite the freezing temperatures and icy conditions. Zooey and Rashida Jones play a couple in My Idiot Brother and both women had nothing but glowing things to say about each other. Emily Mortimer revealed that she loves that she doesn't have to get dressed up for Sundance and joked about how fun it is that the altitude makes you get drunk very easily. Once they were done with their audience Q&A the cast was off to their afterparty at the Bing bar — keep track of all the fesival news on Buzz and stay tuned for lots more on PopSugar Rush!