Billie Piper and her hubby Lawrence Fox attended the premiere of Submarine at the London Film Festival this weekend. The couple looked casual as they enjoyed a drink at the Leicester Square cinema before the screening of the film, which is directed by The IT Crowd's Richard Ayoade. Noel Fielding and Julian Barratt of The Mighty Boosh also attended the premiere, as did Alexa Chung, who looked chic in a big grey jumper, leather shorts and black tights. On Friday night, Mila Kunis walked the red carpet in a long black gown for the Black Swan premiere alongside her costar Vincent Cassel and director Darren Aronofsky. She talked about kissing costar Natalie Portman during the press conference I attended earlier in the day. 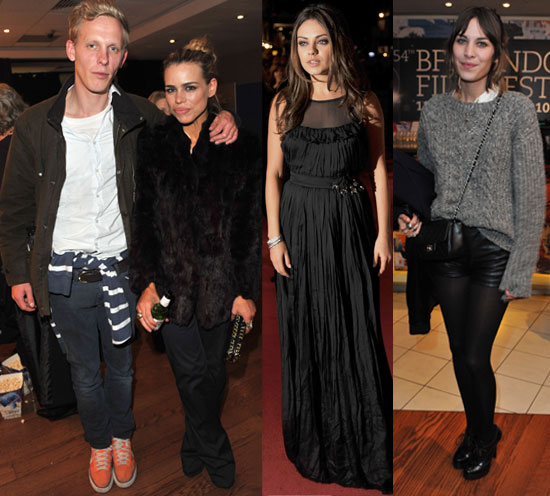 To see more photos from the Film Festival this weekend, including Noomi Rapace, just read more.