Julianne Moore and Mark Ruffalo posed together at the afterparty for the London Film Festival premiere of The Kids Are All Right last night. Julianne wore a Lanvin dress that gave her two different looks depending on which way she was facing! Both Mark and Julianne signed autographs for the crowd before heading inside and mingling with guests that included Sam Taylor-Wood and Aaron Johnson. Aaron is said to be Bryan Singer's first choice for the lead role in his new movie Jack the Giant Killer. 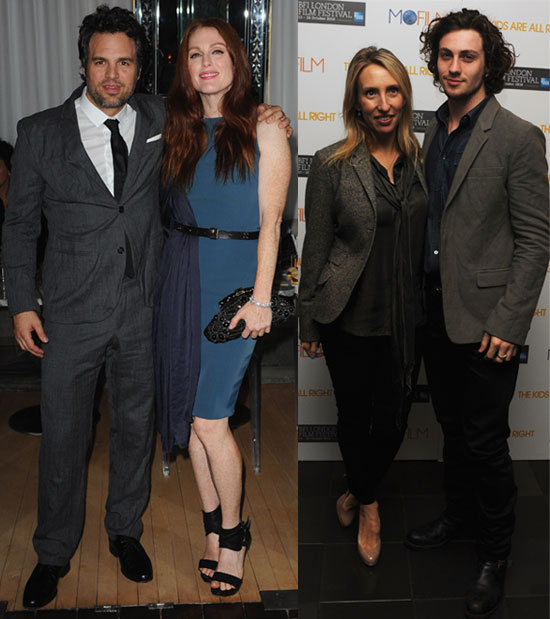