Nylon magazine held their annual Young Hollywood party last night in LA, hosted by Vanessa Hudgens, Ashley Greene and Portia Doubleday who star on the cover of the latest issue. Vanessa wore a silky purple dress, Ashley wore a figure-hugging yellow number, saying nothing about her negotiations for Breaking Dawn, while Brit columnist for the mag Peaches Geldof attended in a grey dress with her man Eli Roth. Her dad Bob Geldof was also present. 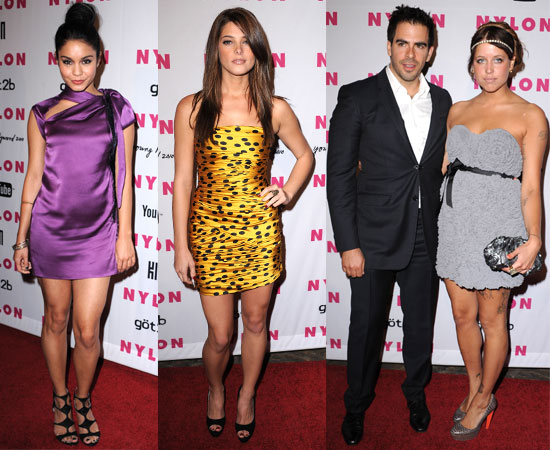 Vanessa had support from her boyfriend Zac Efron and their High School Musical costar Ashley Tisdale. Whitney Port nearly matched Eclipse's Ashley in her yellow gown, while some of her The Hills costars also attended. Meanwhile Disney TV star Brenda Song got tongues wagging when she turned up with Miley Cyrus's tattooed older brother Trace Cyrus. FabUK wants to know who you think is the best dressed. 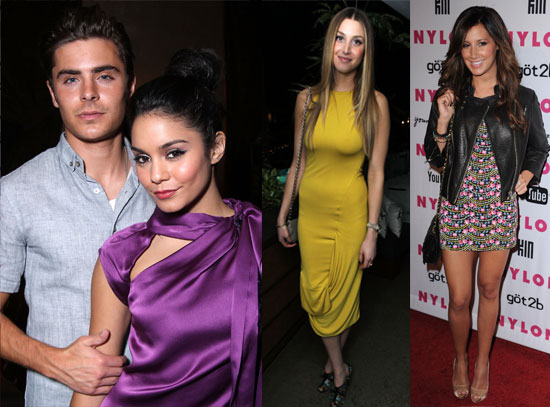