The stars were out at Cannes last night, as Evangeline Lilly attended the premiere of The Princess of Montpensier starring Gaspard Ulliel and Melanie Thierry. She wore a long grey gown on the red carpet, and BellaUK wants to know which of her Cannes looks you prefer. Eva Herzigova also wore a lacy number to the screening — a black LBD. Jennifer Hudson attended the Winnie premiere alongside costar Terrance Howard, wearing a striking blue dress, while Lindsay Lohan went to a party on a yacht with other celeb guests including Naomi Watts. 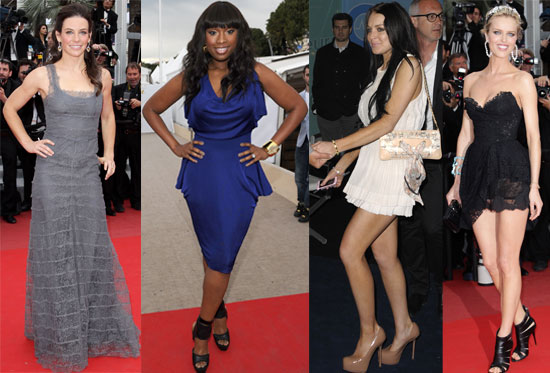