The Cannes Film Festival is still in full swing, with more star-studded premieres and photocalls. Naomi Watts looked glam in her gown as she walked the red carpet for You Will Meet a Tall Dark Stranger, the new Woody Allen movie. After his photocall on Friday, Aaron Johnson put on his tux for the premiere of Chatroom alongside costars Imogen Poots, Matthew Beard and Hannah Murray. Jennifer Hudson looked fantastic at the photocall for her new movie Winnie, while Haley Bennett attended the premiere for her new movie Kaboom, by Greg Araki and costarring Thomas Dekker. 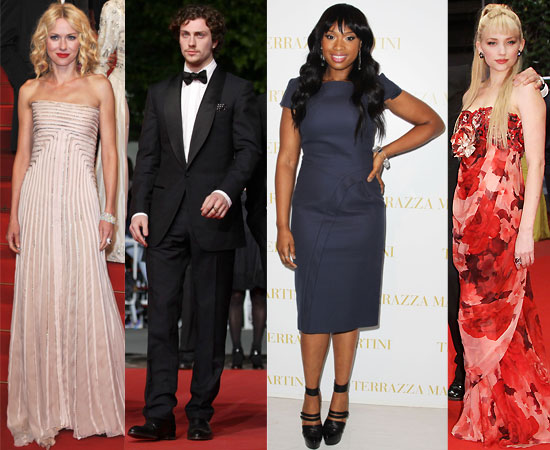