Estelle and John Legend were among the celebs making and enjoying the music at the Rock the Bells Festival on Governor's Island in NYC this weekend. Beyonce Knowles looked fresh faced as she chatted to concert-goers and watched Jay-Z on stage, while pregnant Alicia Keys went out in front of the crowds for a boogie during Lauryn Hill's set. Chris Rock, Mary J Blige and the Wu Tang Clan were also in attendance. The headliner was Snoop Dogg, who'd provided the music for Demi Moore and Ashton Kutcher's dirty dancing at the end of last week, and his late arrival was forgiven by fans. 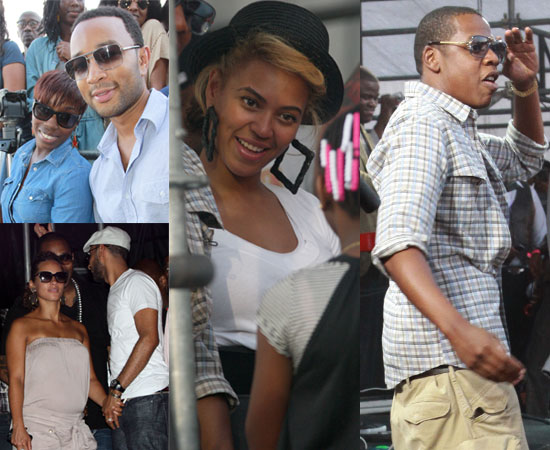