Tom Cruise and Cameron Diaz were in London last night for the premiere of Knight and Day. Cameron showed off her long legs in her Stella McCartney mini sweater dress. They're in the midst of a short European promotional tour for the film, which included a stop in Germany yesterday. The pair took time before their appearance on the red carpet today to film some footage for Top Gear, which will be on TV this weekend! Other guests at the premiere included Boyzone's Shane Lynch and Keith Duffy, Edith Bowman and Stacey Solomon. 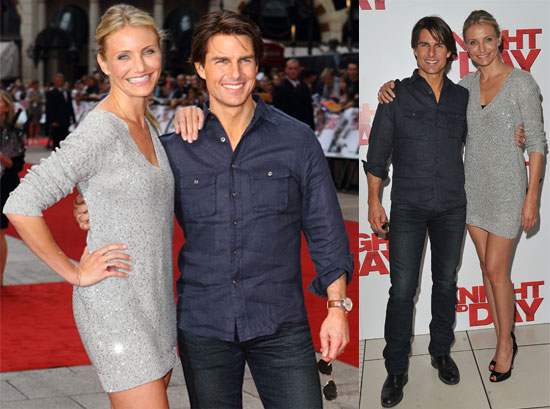 To see more photos of the guests, including Anastacia and Gary Lucy, just read more.