The World Cup officially began last night with a concert at the Orlando Stadium. Shakira sang the theme song of the tournament "Waka Waka" during her energetic performance — but which Brit World Cup song do you prefer? Fergie took to the stage along with the rest of the Black Eyed Peas, who kicked off the concert and performed with other stars like K'Naan and Juanes. FabUK wants to know what you think of Fergie's "claw" jewellery! Alicia Keys also sang, covering her baby bump with a chain embellished top. Sadly, the night ended tragically, as Nelson Mandela's thirteen year old great granddaughter was killed in a bus crash after the concert. Nobody else was hurt in the accident, and understandably Nelson will not be attending the opening ceremony of the World Cup. 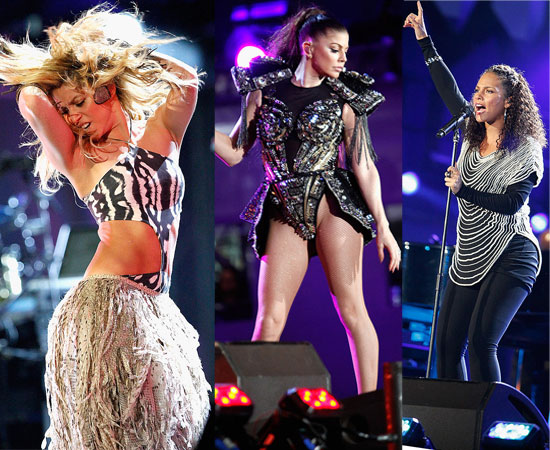