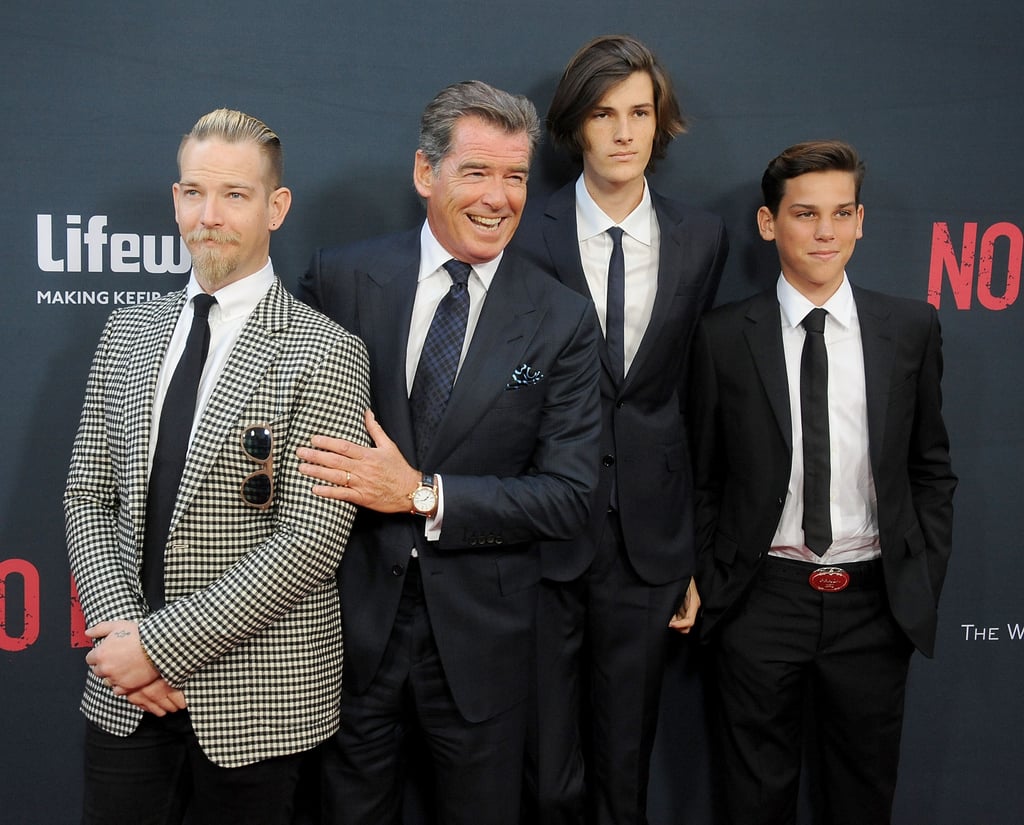 Pierce Brosnan had the support of his three sons when he stepped out for the No Escape premiere in LA on Monday. The actor was all smiles as he posed for pictures with Sean, 31; Dylan, 18; and Paris, 14; joking around with them as the cameras flashed. Pierce had his son Sean with his first wife, the late Cassandra Harris, and he had his younger sons with his current wife, Keely Shaye Smith, whom he married in 2001. During the guys' night out, the brothers goofed off with their famous dad, throwing up the "hang loose" sign while they walked the red carpet. Keep reading for all the best pictures of Pierce and his boys, then check out Jack Nicholson's recent appearance with his look-alike son plus celebrity kids to follow on Instagram.