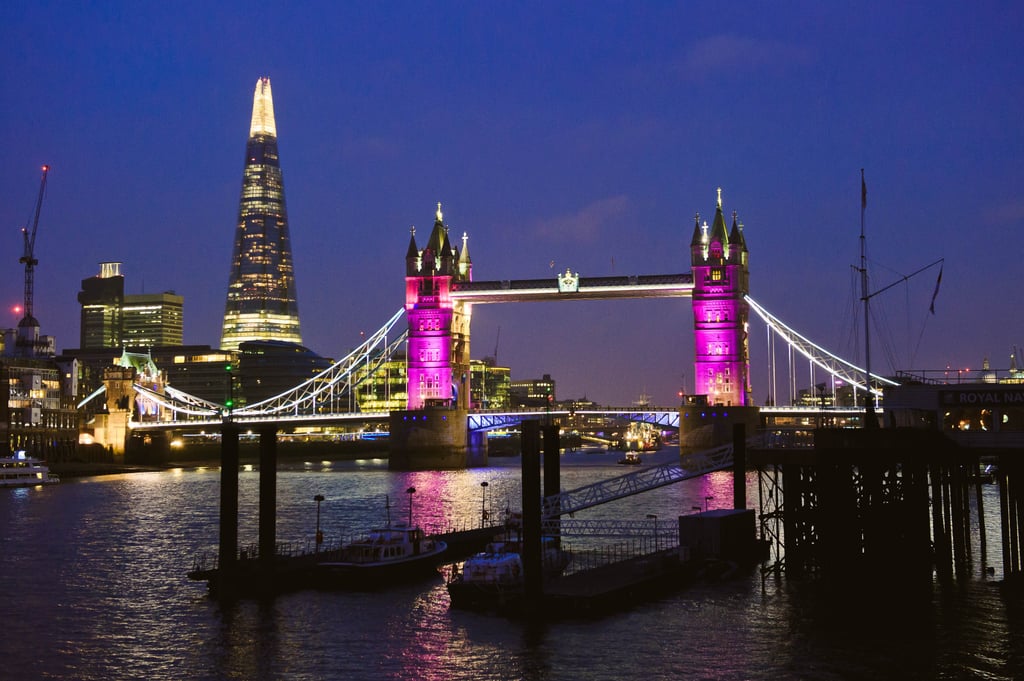 Since the Duchess of Cambridge gave birth to the new royal baby, Princess Charlotte Elizabeth Diana, over the weekend, the little one has been honoured and celebrated throughout England. On Saturday, London landmarks like the Tower Bridge, the London Eye, and Trafalgar Square's fountains were illuminated with pink lights to show support for Prince William and the Duchess of Cambridge, and the adorable princess covered the front pages of newspapers Sunday morning.

The traditions continued on Monday with a gun salute, as 41 shots were fired in Hyde Park and a 62-gun salute took place at the Tower of London. Gun salutes are a tradition for the birth of every prince or princess, and while a basic salute is 21 rounds, the number of rounds depends on the place and the occasion. As England and the rest of the world continue to celebrate Princess Charlotte's arrival, see the sweetest moments from her birthday and find out what Prince Harry said about the new royal baby!