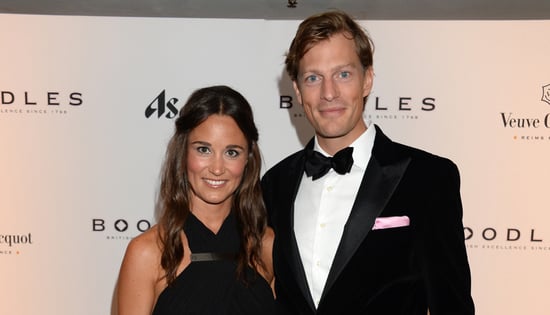 Look like it was all just wishful thinking. People magazine reports that rumors that Pippa Middleton had gotten engaged to boyfriend Nico Jackson are false. "It's not true," a source told the magazine about the reports that Nico had proposed to Kate Middleton's younger sister. There reports first started yesterday when a rumor floated in that Nico had proposed to Pippa during the couple's trip to India's Oberoi Amarvilas resort in early December.

Engaged or not, Pippa will reportedly spend her Christmas with her family at their Bucklebury estate. Kate, Prince William, and little Prince George will reportedly not be with the Middletons on Christmas Day, but there are rumors that they may be spending at least some time with Kate's parents during the holidays. The royals are expected to spend Christmas with Queen Elizabeth II at her Sandringham estate, although Buckingham Palace has yet to confirm those reports. On Wednesday, Kate and Will took George to the Queen's annual pre-Christmas lunch at the Palace.