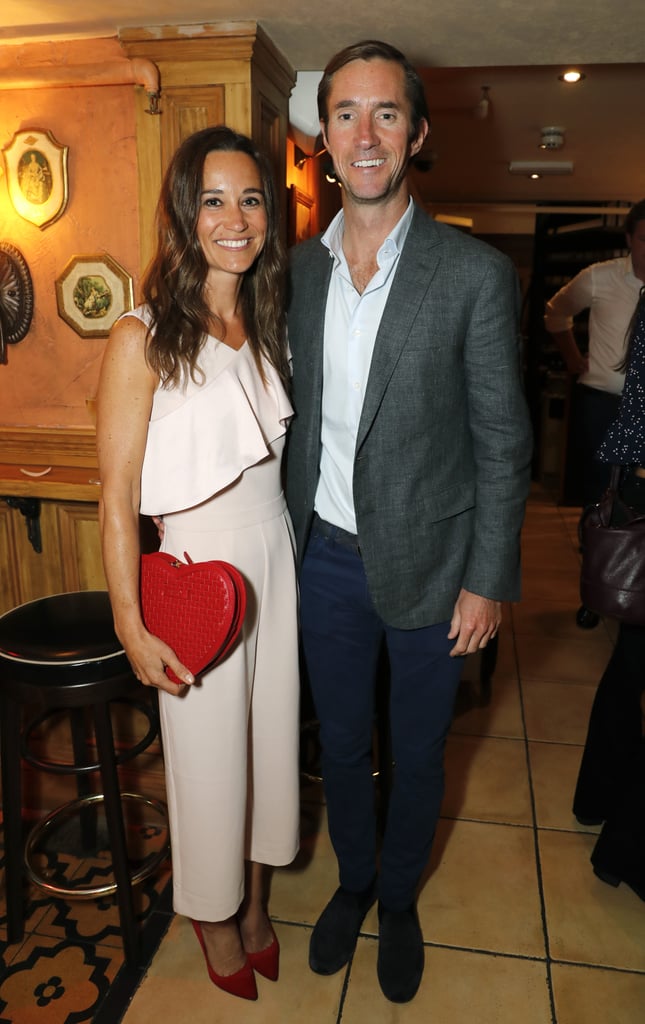 Pippa Middleton has that newlywed glow! On Wednesday, she and her husband, James Matthews, were all smiles when they attended The Miles Frost Fund Party in London. Pippa stunned in a pale pink jumpsuit complete with a heart-shaped clutch while James sported a grey sport coat and blue trousers. The couple mingled with guests at the star-studded event, which also brought out Princess Eugenie, Duchess of York Sarah Ferguson, Lady Carina Fitzalan-Howard, and David Furnish. The charity event was held as a fundraiser for hypertrophic cardiomyopathy research (a heart condition which Sir David Frost's son Miles died from in 2013) and doubled as Pippa and James's first public appearance since tying the knot in May.

Related:
A Very Scientific Look at Pippa Middleton and the Duchess of Cambridge's Weddings, by the Numbers

After their idyllic, fairy-tale wedding, Pippa and James jetted off to French Polynesia for their honeymoon. While there, Pippa put her toned physique on display in a bright blue bikini as she and James did some paddleboarding together. They also visited Australia and were seen boarding a seaplane in Sydney Harbor. We must say, marriage sure looks good on these two.