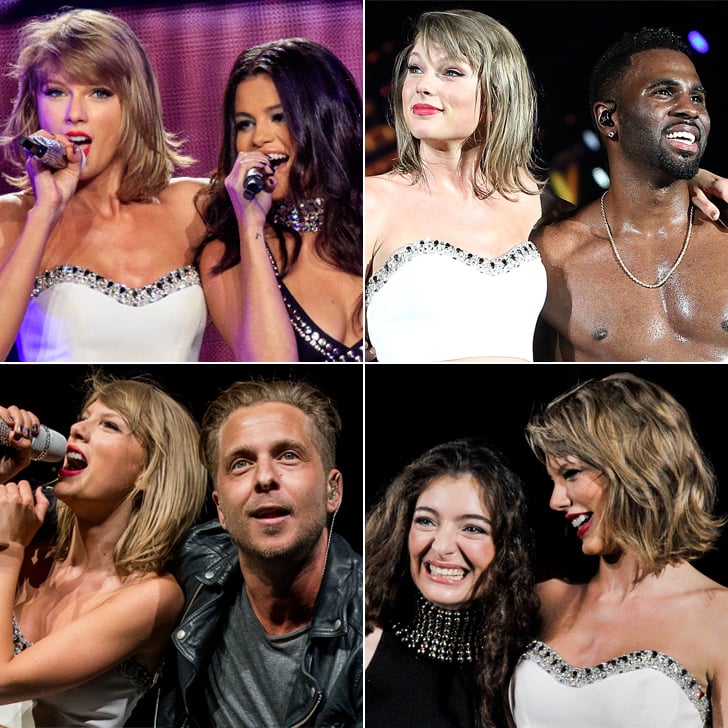 Taylor Swift has had over 50 (yes, 50!) special guests on her stage during the 1989 World Tour. At this point it's getting to be sort of a running joke, so much so that a parody video has already made its rounds on the Internet. At times, the guests have been such an appropriate addition to the show — we're sure we won't find one person who has a problem with Justin Timberlake's surprise appearance in LA. At other times, though, we've scratched our heads trying to figure out why — like when Joan Baez and Julia Roberts danced it out to "Shake It Off." In the spirit of the heaps and heaps of guests, we've decided to organise them in the only way that makes sense: in order of randomness. Here's every single guest, ranked from most to least random.

BTS
BTS Just Covered "I'll Be Missing You," and Suddenly, We're Ready to Live Like It's 1997
by Grayson Gilcrease 6 days ago

Celeste
Celeste on the UK Government and the Music Industry: "I'd Rather Feel Fulfilled Than Censored"
by Navi Ahluwalia 6 days ago