The MTV EMAs are being held in Madrid tonight, and I'll be covering the ceremony live along with FabUK and BellaUK. We'll be bringing you all the red carpet looks, photos from the show, the winners list, plus afterparty gossip. Earlier this week, MTV presenters got involved in a giant tomato fight to bring some Spanish flavour to London. You can watch the show live on MTV at 9pm, and vote below to let me know: what are you most excited about? 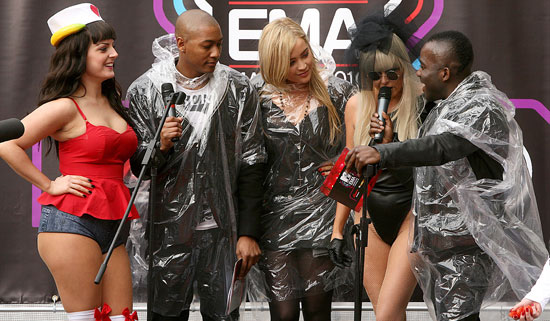