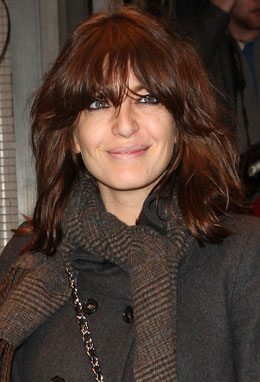 Claudia Winkleman has been revealed as the new presenter of Film 2010 which was most recently hosted by Jonathan Ross and before that was hosted by Barry Norman for many years. She said: "I am completely over the moon about being given this enormous honour."

Claudia hosts an arts show on Radio 2 and is the face of much of the movie coverage on the BBC, so I think it's exciting she's being given this opportunity to front the new format show. She explains:

"Everyone has an opinion on film and I'm looking forward to debating the biggest news and releases with a whole variety of guests each week. I am incredibly proud to be to be presenting the new look Film 2010. It's an honour to follow on from the brilliant Jonathan Ross. I have been lucky enough to cover the BAFTAS and present the UK broadcasts of the Oscars and the Golden Globes for years and now to be able to work with the producers on Film 2010 is just amazing... And also, just so people don't panic, it's not just me, because that would be horrifying. So it will be brilliant critics and all kinds of people sharing their knowledge, because I'm rubbish on horror."

What do you think — are you happy Claudia will be hosting? Or do you think someone else would have been a better choice? Let me know!