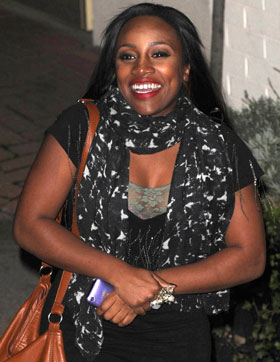 The X Factor was a little controversial this week, as Cheryl Cole refused to vote out an act, leaving the other three judges to choose whether Katie Waissel or Treyc Cohen left the competition. Two of Cheryl's girls were in the bottom two after Simon's group Belle Amie left the show last week.

It didn't go to deadlock as Cheryl wasn't the last of the judges to vote, which Dermot O'Leary explained via Twitter, saying that he knows people will think it was a conspiracy.

But what do you think — should TreyC have gone or did someone else deserve to go after their performance?