Russell Brand is apparently in negotiations to play the younger brother of Captain Jack (aka Johnny Depp) in the fourth Pirates Of The Caribbean movie! Reports today suggest he could earn up to £5million for the role, and even if this is a nice fluffy bit of publicity for Russell after his recent mishaps I have to say I think it would be a lot of fun. I loved his turn in Forgetting Sarah Marshall, and I think the craziness of Captain Jack and Captain Jonathan would be rather amusing. But what do you think? Should Russell be hired to play Pirates with Johnny? 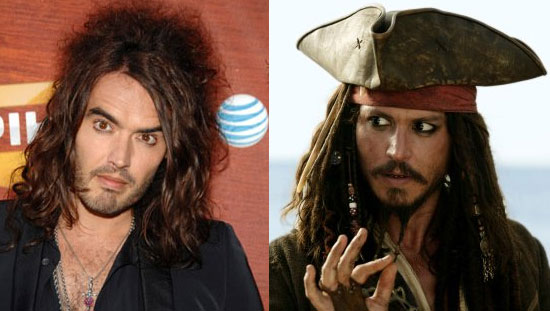