This week there's been two sequel announcements about big movie franchises that kicked off in the 90s — Scream and Austin Powers. Both will be coming back for a fourth installment. Neve Campbell, Courteney Cox-Arquette and David Arquette will return for Scream 4 — and my girl Buzz is stoked about this sequel which will be directed by Wes Craven, written by Kevin Williamson and be released in April 2011. Meanwhile, Mike Myers and director Jay Roach are working on ideas for Austin Powers 4! So, which one are you more likely to go and see at the cinema — or would you prefer new ideas instead of old franchises coming back? Let me know! 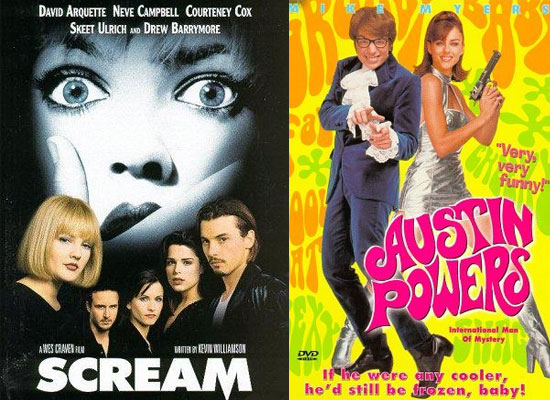 Scream 5
"It's Happening": Watch the Thrilling First Trailer For Scream
by Kelsey Garcia 1 week ago