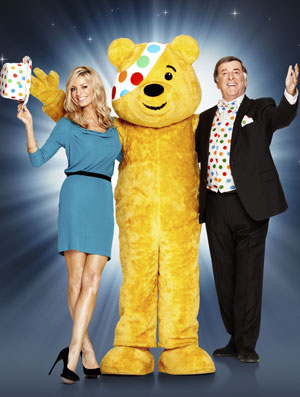 Take That will be performing their new single "The Flood" and a '90s hit "Never Forget" during the annual Children in Need telethon tonight, joining a lineup of lots of celebs raising money for the great cause.

Other highlights will include a sneak peek at the Doctor Who Xmas special, the cast of Coronation Street and Eastenders joining together for a special one off episode, and performances from JLS, Cheryl Cole, Maroon 5, Westlife and The Saturdays.

Tess Daly and Terry Wogan will present the show, but I want to know if you'll be tuning in to watch tonight?