Today rumours reached my ears that Mike Myers is writing Austin Powers 4, a movie that would focus on the relationship between Dr Evil and his son Scott. Now, these two have always been a high point of the original trilogy for me, partly because of a little crush I had on Seth Green, and partly because their relationship is one of the most endearing parts of the whole Austin Powers franchise. With The Love Guru frankly getting bad buzz, do you think a fourth Austin Powers movie could bring Mike Myers back to the forefront of comedy? Or do you think it's an idea best left in the 90s? 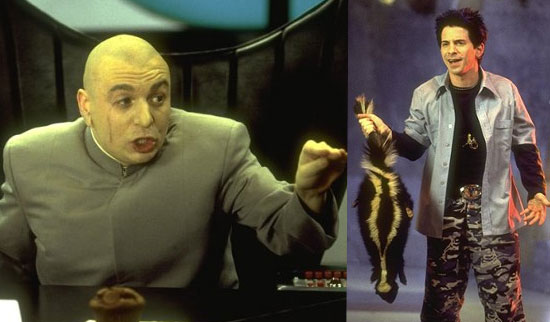