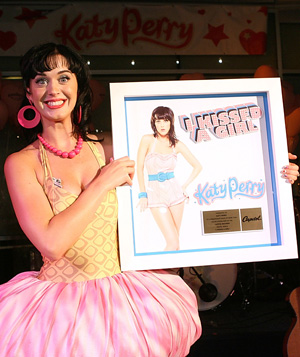 Katy Perry is an American girl with some feisty songs. She's made it to number one on the US Billboard charts with her song "I Kissed A Girl", and was actually the 1000th US number one of the Rock era!

The song will be out over here in September and she'll also bring songs like the catchy (yet annoyingly titled) "UR So Gay", and "Hot N Cold" which can be found on her myspace.

So let me know what you think of the song "I Kissed A Girl" – I look forward to checking out your opinions!