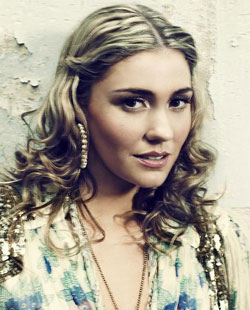 You might remember Sarah Whatmore from 2001 when she appeared on Pop Idol and refused Simon Cowell’s marriage proposal. She didn't get to the final, but Sarah did get a record deal and released a couple of upbeat singles that made it into the top 20.

After spending the past few years writing music, she's back with this mellow tune — "Smile" — which is out on September 22, and comes from her album "Time To Think", slated for early 2009.

As always, I want to hear your opinions on the song. Watch the summery video and let me know — will you spin it, or sling it?

Hair
But Can We Talk About All the Wigs In Lil Nas X's "Call Me By Your Name" Music Video?
by Danielle Jackson 2 weeks ago