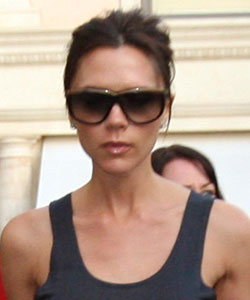 Following Simon Cowell's announcement that he's leaving American Idol to launch The X Factor in the US, reports today suggest that he's got his eye on someone to be involved in the show: Victoria Beckham. Simon's reportedly asked Victoria to judge, with suggestions she'd be paid $1million per show. Simon's apparently given her four dates that he'd like her to join him as guest panellist, with the hope of it turning into a permanent arrangement. Victoria is reportedly thinking about the offer, and after her turn on American Idol perhaps she's got the talent show bug. I'd love to know what you think, so vote below to let me know: would you want to see Victoria on US X Factor?