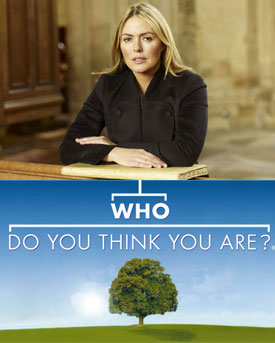 The fifth series of Who Do You Think You Are? started on BBC One last night, with Patsy Kensit finding out about her ancestors and the roots of her late father's criminality.

If you missed last night's installment you can watch it on BBC iPlayer. I'm a big fan of the show, but I want to know your thoughts, so tell me what you think of Who Do You Think You Are?