Wedding season is in full swing here at the PopSugar Network, and I've been asking you whose wedding you're most excited about. While those nine couples have made official statements about their relationship status, two of the UK's most well-known couples continue to keep us guessing. Kate Moss and Jamie Hince have sparked several engagement rumours, the latest suggesting Jamie proposed on Kate's birthday this January, although the fact she wore the ring on her middle finger has confused matters. Similarly, in January it was reported that Jude Law had proposed to Sienna Miller after the couple reunited at the end of 2009, but they're also keeping tight-lipped. This time two years ago Sienna was rumoured to be engaged to Rhys Ifans and Kate and Jamie were surrounded by engagement rumours, and you were evenly split on who you thought would marry first. I'd love to know what you think now, so vote below to let me know: will Sienna and Jude or Kate and Jamie marry first? 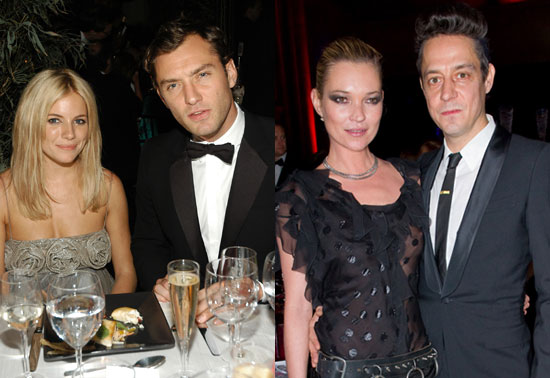 Best of 2021
"I Do!" See All the Celebrity Weddings of 2021 and the Ones We're Just Now Finding Out About
by Monica Sisavat 4 weeks ago