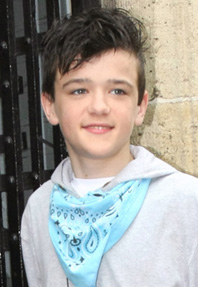 Wow, George Sampson really has captured the nation's hearts – today's news is that the song he danced to in the Britain's Got Talent final is now heading to number one!

I have to admit that Andrew Johnston's story and performance had me hoping that he would win originally, and then when I saw Signature I absolutely loved them... but then when George did his routine in the final I was sold on him. Yes, I'm fickle!

But now I want to know what you thought - are you happy about the final results, or were you rooting for someone else? While you think about it, here's a reminder of George's performance.