Another week has passed, and there was so much news it may have passed you by in a bit of a blur. So to recap a little – Ashlee Simpson is not denying she's pregnant, but not confirming it either; Leona managed to top the US single and album charts, and someone made a Barbie into a rather good Amy Winehouse lookalike. But what else has happened over the past seven days? Come quiz with me... 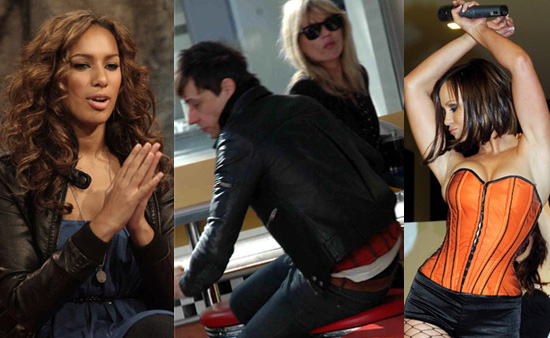 Courtney Love was hanging out with a Brit comic this week, but who?

Who accompanied Madonna to her gym at the beginning of the week?

Which couple were pictured in a passionate airport embrace this week?

Who played the terrible funeral director in this week's Skins finale?

I went to see Bjork this week, but what did she wear on her head?

We spotted Sienna barefoot in Malibu this week, but what animal was printed on her dress?

Which two American celebs were seen following their boyfriends' bands around the UK this week?

Who could rarely be parted from her Chanel pink-rimmed sunnies this week?

Which actor showed up in a Woolworths advert?

Who presented a section of the US version of TRL this week?