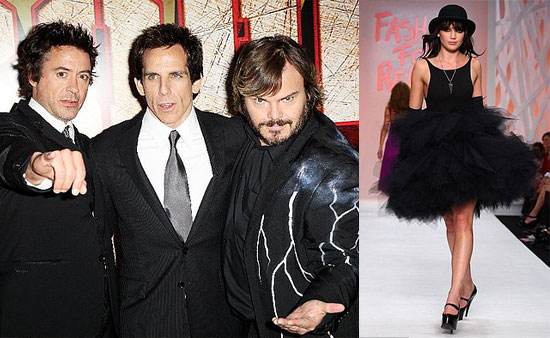 Which TV presenter has stopped paying his TV licence fee?

50 Cent, Al Pacino and Robert De Niro were in town for a premiere, but what film was it for?

Which of these bands performed at the UK Kids' Choice Awards?

Which comedian was seen in Dublin with David Walliams?

Which couple showed off their new puppy this week?

Which kids' TV show ended for good this week?

Which Big Brother 9 girl is claiming she's "Camera Shy" in her new single?

Who was pictured in a fab "London Fashion Geek" tee this week?

What did I feature as my first Pop Classic this week?