So much has happened this week – the Cannes Film Festival ended, the Sex And The City movie was finally released and Pete and Ashlee finally announced they were expecting their first child. But how much attention have you paid to everything else I've posted about? Yes, it's that time of the week again – time for your Pop Quiz! 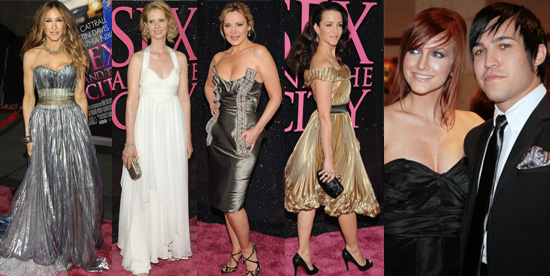 Which character got married in Brothers And Sisters?

Who will star in George Michael's next music video?

Who won the Eurovision Song Contest 2008?

Heather Mills turned up at a book launch this week, but what was the book called?

Which film won the Palme d'Or at Cannes?

Which band have been wearing some ill-fitting silver trousers while touring this week?

Which singer did we spot doing a little spring cleaning?

Which acting siblings were in the UK promoting their new project?

Which female celeb turned 40 this week?

Which two Spice Girls did we spot in San Francisco?