While everyone's talking about last night's fun Big Brother 9 final, so much happened in the land of celebdom before that event this week. So now it's time to take a look back at the past seven days and see how much you remember of the past week in showbiz! Good luck! 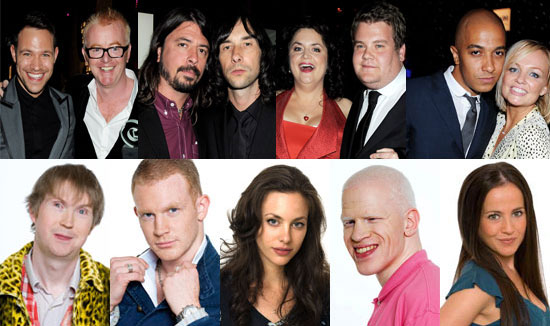 Who said the food at Buckingham Palace "absolutely shockingly s***" ?

Who dined with Kylie this week?

Mark Frith told us that this TV presenter took his accolade as the youngest editor of Smash Hits magazine. Who is she?

Who hosted the GQ Men Of The Year awards in a big dress?

Who is on the front cover of October's Marie Claire UK?

Which actress did we spot wearing four outfits over two days in Venice?

Which Royal joined Prince Harry and Chelsy Davy for a night out?

Who did Romeo Beckham dress up as for his sixth birthday celebration?

"[She's] a super dancer. She’s absolutely fabulous in rehearsals, she’s even better than Kelly last year — and so glam" Who did Strictly Come Dancing's Brendan Cole say this about?

I reviewed an EP named Poison The Chalice this week, but what's the name of the French band that it's by?