What a week! There's been lots going on – with some uber-glam parties, the MTV Movie Awards across the pond , and us Brits had the Glamour Women Of The Year award ceremony. But now it's the time of the week when I test your knowledge on what I've featured on PopSugarUK over the past seven days. So think back and see what you remember as you take my Pop Quiz! 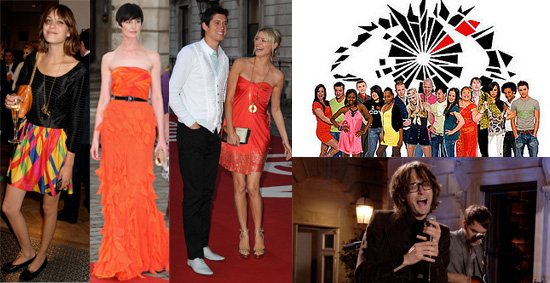 What festival did Amy Winehouse perform at last weekend?

Which celeb sounded the horn at the Crusaid 10k Walk?

Who won two acting gongs at the MTV Movie Awards?

Who appeared almost naked onstage at the MTV Movie Awards?

Which fast food restaurant did we spot Kate Moss at?

Who wore a massive bow on her head at the Royal Academy Summer Party?

Who did we hear saying "I'd hate to have to text my own face to people"?